Asia is curious in treaty terms in that any pair of Asian states can be bound by multiple competing pacts. And often those treaties will overlap and even contradict. How has this “noodle soup” of treaties occurred, and what does it mean in practical terms?

The Belt and Road imbalance under scrutiny at GAR Live

A panel at GAR Live Hong Kong discussed the imbalance of power in the negotiation of contracts related to China’s Belt and Road plan and whether it can be mitigated.

Sarah Grimmer is Secretary-General of Hong Kong International Arbitration Centre. She was formerly Senior Legal Counsel at the Permanent Court of Arbitration (PCA) where she acted as registrar in several inter-State arbitrations under the Law of the Sea Convention and served as tribunal secretary in multiple investment treaty arbitrations and contract-based claims.

Robert S. Pé is an independent arbitrator and mediator. He is a fellow of the Chartered Institute of Arbitrators and a member of the HKIAC Council, the International Court of Arbitration of the International Chamber of Commerce (for Myanmar) and the ICC Commission on Arbitration and ADR. He is also a member of the CIETAC, HKIAC, LCIA, KLRCA, SIAC and SHIAC panels of arbitrators and has decided multiple disputes arising from private equity investments in Asia.

Prior to joining Skadden, Ms. Bao served as the secretary-general of the Hong Kong International Arbitration Centre (HKIAC), where she managed hundreds of arbitrations before tribunals in Asia, with a specific focus in China. During her tenure, HKIAC was recognized as the most frequently used arbitral institution outside of Europe, the most improved institution, and ranked as the third-best arbitral institution worldwide by the 2015 International Arbitration Survey, conducted by Queen Mary University of London.

Ms. Bao was instrumental in overseeing key initiatives such as the revision of the HKIAC Administered Arbitration Rules, the establishment of the tribunal secretary accreditation program, and the opening of the HKIAC Seoul and Shanghai offices.

As a New York-qualified Mandarin-speaking lawyer, Ms. Bao has worked in several jurisdictions, including New York and London. She was an adjunct professor at Hong Kong University (2014-2016) and is a frequent lecturer and author on international arbitration.

Olga Boltenko is an investment and trade lawyer with over 10 years’ experience representing investors and sovereign states in investment disputes and investment protection advisory matters.

Cedric Chao is the U.S. head of the global international arbitration practice of DLA Piper, a global firm of 4,200 lawyers. Cedric, a former federal prosecutor, has a unique skill set, having first-chaired numerous U.S. jury and court trials (business and criminal), as well as international arbitration disputes. He has represented clients, as first chair, in five business disputes where the amount in controversy exceeded $1 billion, and in multiple others where the amount in controversy was in the hundreds of millions of dollars. His clients have spanned many industries and countries.

Simon regularly appears as an advocate before arbitral tribunals under all of the main institutional rules (including ICC, HKIAC, SIAC, LCIA and ICSID), as well as in ad hoc proceedings. He has acted in disputes across Asia Pacific, with particular experience in the energy, finance and hospitality sectors as well as joint venture and shareholder disputes. Simon is dual-qualified in Hong Kong and England and Wales, with higher rights of audience in both jurisdictions. He also sits as an arbitrator.

John specialises in international arbitration, cross-border investigations and other dispute resolution matters with an Asia focus.

Chungang co-heads Jingtian & Gongcheng’s dispute resolution team. Admitted both in China and New York, he is an experienced litigator and arbitrator who specializes in commercial dispute resolution. Before joined the firm 12 years ago, he had worked with CIETAC as a case manager.

Lord (Peter) Goldsmith QC, PC, London Co-Managing Partner and Chair of European and Asian Litigation, joined Debevoise in September 2007. Lord Goldsmith served as the UK’s Attorney General from 2001–2007, prior to which he was in private practice as one of the leading barristers in London.

Bernard Hanotiau is a member of the Brussels and Paris Bars. Since 1978, Bernard Hanotiau has been actively involved in more than 500 international arbitration cases as party-appointed arbitrator, chairman, sole arbitrator, counsel and expert in all parts of the world. Mr. Hanotiau is professor emeritus of the law school of Louvain University (Belgium). He is a member of the ICCA Governing Board and of the Council of the ICC Institute and a member of the ICC International Arbitration Commission. He is also a former vice-president of the Institute of Transnational Arbitration (Dallas) and a former vice-president of the LCIA Court. He is a member of the Court of Arbitration of SIAC and of the Governing Board of DIAC (Dubai). He is the author of Complex Arbitrations: Multiparty, Multicontract, Multi-issue and Class Actions (Kluwer, 2006) and of more than 120 articles, most of them relating to international commercial law and arbitration. In March 2011, Mr. Hanotiau received the GAR “Arbitrator of the Year” award.

Peter has arbitrated and litigated in more than 50 international jurisdictions, from the Far East, Middle East, Central Asia, North Africa, US and South America where he has wide variety of experience in all arbitral institutions and areas of commercial law.  Peter is a fellow of the Indian Counsel of Arbitration and registered foreign lawyer of the Brazilian Bar (OAB).

Benjamin Hughes is an associate professor of law at Seoul National University and is an independent arbitrator at Fountain Court Chambers in London and The Arbitration Chambers in Singapore. He is recognized as the "Most in Demand Arbitrator" in the Asia-Pacific Region by Chambers & Partners.

Ben has served as the sole arbitrator, chair or co-arbitrator in over 80 arbitrations with a total value in dispute of over one billion USD, under the rules of the AAA/ICDR, ACICA, AIAC/KLRCA, CAA, CIETAC, DIS, HKIAC, JCAA, KCAB, ICC, SCC, SIAC, VIAC and UNICTRAL (administered and ad-hoc), as well as purely ad-hoc arbitrations. He has also been appointed as sole arbitrator in both emergency and expedited arbitral proceedings.

Colin Ong is senior partner at Dr Colin Ong Legal Services and is also a member of the Brunei, English and Singapore bars. He is Queen's Counsel at St Philips Stone Chambers in London and counsel at Eldan Law LLP in Singapore. He has broad experience as an arbitrator and counsel both in court litigation and in commercial and investment arbitration matters covering many commercial areas. He is known for his abilities as a civil law arbitrator and professor in civil law jurisdictions. He has acted as arbitrator and counsel in many arbitrations governed under civil law, as well as under common law applying most major institutional rules as well as UNCITRAL rules.

David W. Rivkin is Co-Chair of Debevoise’s International Dispute Resolution Group and The Immediate Past President of the International Bar Association (IBA). A litigation partner in the firm’s New York and London offices, Mr. Rivkin has broad experience in the areas of international litigation and arbitration.

The Honourable James Spigelman AC QC served as Chief Justice of New South Wales, Australia’s largest state, from 1998 until the end May 2011. In July, 2013 he was appointed a Non-Permanent Judge of the Hong Kong Court of Final Appeal.

After his retirement as Chief Justice he joined One Essex Court, The Temple, London as an arbitrator. He has since been appointed Chair of panels with seats in London (x6), Singapore (x3), Dubai, Sydney (x2) and Perth, as an umpire in Singapore, as sole arbitrator in one case in Singapore and one case in Melbourne, and in two, related, disputes in Sydney and to determine a privilege issue in a NAFTA arbitration. He has also been a party appointed arbitrator on five panels in London, five panels in Singapore and panels in Sydney, Melbourne, Kuala Lumpur, Frankfurt, the Court of Arbiration for Sport and in two ICSID and two UNCITRAL investment treaty cases.

From 1972 James Spigelman was Senior Advisor and Principal Private Secretary to the Prime Minister of Australia, before appointment as Permanent Secretary of the Department of Media in 1975. He was a member of the Australian Law Reform Commission from 1976 to 1979. He commenced practice at the NSW Bar in 1980.  He was appointed Queen’s Counsel in 1986. He was acting Solicitor General of New South Wales in 1997. He has served on the boards and as chair of a number of cultural and educational institutions.

James Spigelman is the author of three books, co-author of a fourth and of some 170 published articles, including on a range of aspects of commercial and corporate law such as contractual interpretation, insurance law, commercial arbitration, insolvency, international commercial litigation, freezing orders and proof of foreign law. Three volumes of his speeches as Chief Justice have been published.

Melanie van Leeuwen joined Derains & Gharavi as a partner in 2011. Who’s Who Legal France 2018 highly recommends Melanie for her ‘clear and strategic legal thinking when it comes to complex arbitration proceedings’ and considers her to be ‘one of the true leaders in the field.’ Previous editions commended her for her ‘exceptional talent and her precision and accuracy,’ listing her ‘as a leading light in the energy, media and construction sectors.’  Legal 500 2017 lists Melanie as ‘an excellent strategist who has a profound knowledge of investment law and impresses by the outstanding quality of her written and oral pleadings.’

Patrick Zheng is partner and Head of Dispute Resolution of Llinks Law Offices. Before joining Llinks’ Beijing office, he had been working at Herbert Smith Beijing as senior consultant, partner and co-head of Greater China Dispute Practice at Clifford Chance and the managing partner of Clyde & Co Beijing office. Patrick has significant experience in international arbitration and cross border litigation. He has represented hundreds of cases before international venues such as ICC, LCIA, SIAC, HKIAC, SCC, ICSID, ad hoc and domestic arbitration commissions. His most representative experience includes ZTE’s US investigation, BUCG v Yemen ICSID arbitration, Shanshui Cement’s Hong Kong litigation and PetroChina’s SIAC arbitration. He is qualified in China and the State of New York.

This conference is accredited with 5 CPD points by the The Law Society of Hong Kong.

9.10: Session one: Negotiating power: balance, mismatch and being caught in the crossfire

Different actors in trade and investment have different levels of negotiating power. In China’s Belt and Road Initiative, contracts have been negotiated amid an imbalance of power: one side has all of the financial leverage and the other has none.

In particular the panel will address the following questions:

In the context of a US-China, or US-EU, trade war, who holds the negotiating power in trade talks? Individuals from a range of relevant backgrounds will discuss the kinds of disputes that may affect Asian parties if the US follows its protectionist path.

In particular the panel will discuss:

In the style of the popular BBC programme, our esteemed panel will discuss questions submitted by the audience and moderator in advance.

George Bermann, Jean Monnet Professor of EU Law, Walter Gellhorn Professor of Law and Director of the Center for International Commercial and Investment Arbitration at Columbia Law School, takes his turn in the hot seat.

This session will discuss the extent to which there are other remedies to seek beyond damages, and whether seeking an award for specific performance or something other than compensation is productive.

Specific questions that will be discussed include:

15.30: Session four: The GAR Live Inquisition – is it time to align the fees of law firms and tribunals?

This session will replicate a US senate committee hearing with a succession of witnesses being ‘grilled' by a panel of GAR Live inquisitors.

The committee will examine whether the financial interests of counsel and arbitrators are sufficiently aligned and whether certain problems that have developed would be resolved if their interests were more aligned.

Is it time for firms to be paid ad valorem, when arbitrators are?

Issues the panel are likely to explore include:

16.35 onwards: All delegates are invited to attend a drinks reception kindly hosted by Warde 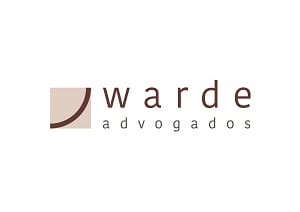 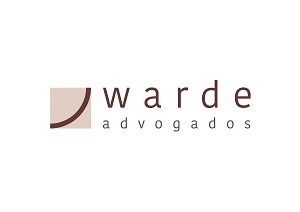 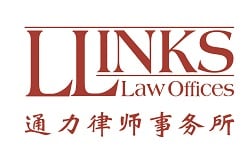 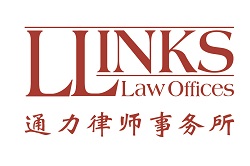